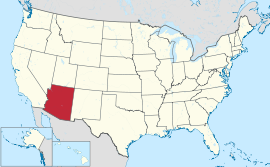 • A large part of the population is uninsured.
• Higher than average high school dropout rate.
• Almost 1.2 million people in Arizona are obese.
• Over 543,000 Arizona adults have been diagnosed as diabetic, an amount which has doubled in the past decade.

Another health insurance initiative in Arizona is a federal health reform bill called the Affordable Care Act. This act was created in 2010 to give over $16 billion, in the span of a decade, to produce health preventive programs that will help decrease the amount of Arizona residents suffering from issues like smoking or childhood obesity.

Overall, the citizens in Arizona are slowly improving their health and helped their state increase its rankings to the 29th healthiest state in the United States.