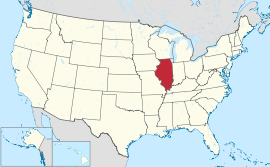 Every state in the United States has its own bright spots as well as its own challenges when it comes to the overall health of its citizens. In an era where healthcare is a highly debated subject nationally, Illinois is no different on a local scale. The options of health insurance Illinois offers its citizens is up to par with many of the healthiest states in the country, but does the overall health of Illinois residents actually reflect the health insurance Illinois offers?

– Illinois ranks 20th in the US in smoking.
– Early prenatal care, or the percentage of pregnant women receiving care in their first trimester, is one of the best in the United States at 8th.
– IL is ranked 11th in availability of Primary Care Physicians.

– 2.8 million adults in IL are obese, ranking 31st in the Untied States
– IL has one of the worst air pollution issues, ranking 43rd
– Infant mortality is in the bottom half of the country

The health insurance Illinois residents have the ability to receive can help with some of these concerns, but not everything. For example – Illinois is one of the worst states in the country when it comes to binge drinking, this is easily preventable and may require more education for IL residents in order to learn the health impacts of abusing alcohol on an individual’s mind and body.

Illinois is ranked 28th in the US on overall health, based on recent studies. IL has one of the best High School graduation rates in the United States, and is beginning to implement many new classes and workshops to promote healthy living as well as educate the young adults and children on the positive impact of a healthy diet and consistent exercise on their personal health.