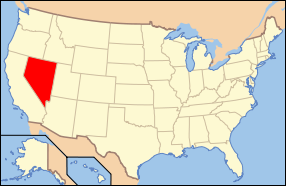 A goal for any state is to have healthy residents. However, with any state there are positives and negatives regarding overall health of residents. Nevada is no exception, ranking as the 42nd healthiest state in America. This is according to the 2012 “America’s Health Ranking” conducted by the United Health Foundation. When examining health insurance Nevada has areas it’s done well in and others which need much improvement.

When residents seek health insurance Nevada has options such as its high-risk pool program. This state-sponsored program allows people who fail to get coverage due to pre-existing conditions to purchase insurance, helping them gain access to better health care. In addition, many reputable companies offer insurance in Nevada such as:

Nevada does have some areas of resident health to be proud of, including low rates of obesity and infectious diseases, ranking 4th nationwide in both categories. Other categories of positive health trends in Nevada include:

Unfortunately, Nevada has more negatives than positives where health is concerned. It has the lowest high school graduation rate nationwide and the highest level of violent crimes, ranking 50th in both. Other areas of concern are the following:

While the positives of the report are accomplishments to be proud of, the combination of low graduation rates and high violent crime cannot be ignored. It is a deadly combination not only for the state, but also the young people involved.