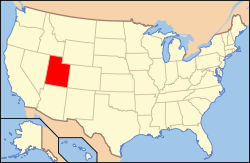 The Census Bureau estimates that just over 2.8-million people call the state of Utah “home.” When it comes to the overall health rankings, Utah is among the healthiest states in the nation. Despite slipping two spots in the 2012 “America’s Health Rankings,” Utah is still ranked 7th out of the 50 United States. A number of factors determine health insurance Utah premiums. The state ranks very well in many categories, but it is near the bottom in some others. Here are some of the benefits and drawbacks associated with living in Utah.

The health insurance pros of Utah include:

• Utah is the best in the nation when it comes to smoking, as less than 12% of the population smokes.

• Utah has the lowest amount of cases of diabetes, as the condition afflicts less than 7% of the population.

• Utah also has the lowest number of deaths from cancer.

• The “Beehive State” is second in sedentary lifestyle and preventable hospitalizations, third in binge drinking and fifth in violent crime.

The state doesn’t struggle in many areas, but the health insurance cons of Utah include:

• Utah is 46th in the country when it comes to geographic disparity.

• The state is 45th in the number of primary care physicians that are available.

• Utah is 20th in occupational fatalities, 29th in air pollution, 37th in immunization coverage and 39th in infectious disease.

There are a number of health insurance Utah resources available for those in need, including:

• The National Coalition on Health Care’s information for Utah