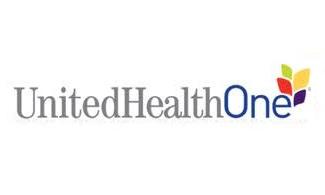 UnitedHealthcare offers a variety of health insurance plans on its website. Some of the plans include:

Reviews of UnitedHealth insurance have been decidedly mixed. The National Committee for Quality Assurance is a non-profit organization that ranks every single insurance company in America. The NCQA broke down Aetna plans by state and the vast majority received a “commendable” ranking. Plans in Maryland, Missouri, Rhode Island, Texas and Wisconsin were deemed to be “excellent.”

In 2010, readers of “Business Insurance” declared that UnitedHealthcare was the best health care providers in the country. However, 65% of hospital executives said they had an unfavorable opinion of the company the very same year. More recently, the American Medical Association and J.D. Power and Associates gave UnitedHealthcare high praise for its self-insured health plans.

When it comes to consumers, the vast majority of those who leave reviews online are not pleased with UnitedHealth. In fact, 83% of the 154 people who left a review of UnitedHealthcare gave the company only one out of five stars. Conversely, only 1% said UnitedHealthcare was a five-star company. Not a single consumer gave United three or four stars on the site.